I am once again trying to compete with time and get this posted a few hours before the end of the month! And again, what a month!

To put it short, I have been travelling to three different countries, made three new outfits, got promoted at work and still hoping to keep up with the school tasks, just to top it off with a Featured Member interview on burdastyle.com! You can check that one out here!

So, first one of the new items I made. I don´t know how many of you have tried or even know about such a pattern magazine as La Maison Victor, but although I have a few of their magazines and one single pattern, this is my first try to actually make something. I got my magazine issues from sewingpatterns.eu. 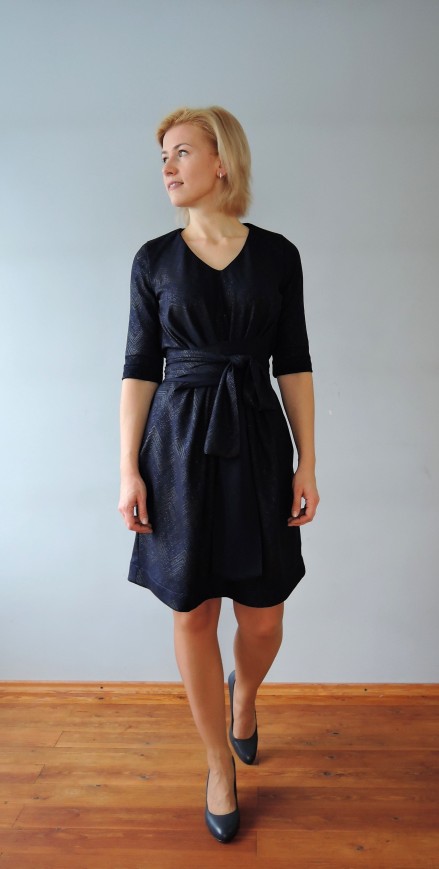 I used their Wanda dress pattern from September/October issue of La Maison Victor, since I needed a semi-casual dress for a conference event in Liverpool and I had just the right fabric (a blue polyester ponte with some fun silver and black zigzag print on it).

I sewed it up within three or four evenings, including the time for tracing and cutting the pattern. I made the size 38, but could have easily done with a size smaller as well. It requires quite a lot of fabric, about 2.5 metres and you really need it, not like with some patterns where with a clever placement you can cut down on the yardage.

I really liked the suggestion of interfacing the hems, I have read about this technique in some blogs, but always forget the useful tips when they are not mentioned in the instructions. I only used the double needle for the hems and went with one for the rest of the seams. 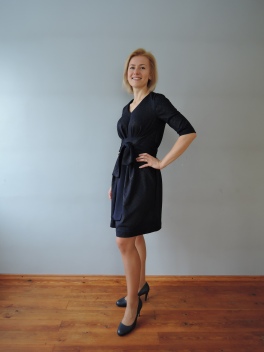 The two ties are quite interestingly placed in the middle of the waistline and they are really long, but you need it to wrap it properly up and I quite like the effect. You can see the length of the ties here and they are both actually already wrapped once around my waist! I did not finish the ties as the fabric doesn´t fray and I simply think it looks better in this case, as well.

So, as already mentioned, the dress was made for a conference event in Liverpool. Although I have travelled quite a bit, it was actually my first time in England! And I must say I have the best of colleagues because during these days we only had a few short hours for walking around the city and they agreed to spend a whole half an hour in a fabric shop with me after chasing it down on Google Maps!

We visited Abakhan Fabrics, which actually has several shops in Estonia as well, but I was curious to see whether there is a big difference. The kind shop assistant even mentioned that there should be at least one in Estonia and was a bit surprised I got fabrics, assuming that they must be cheaper with the weaker British pound. Actually the prices were very similar to Estonia, but since I spotted some nice fabrics, I got a few pieces. 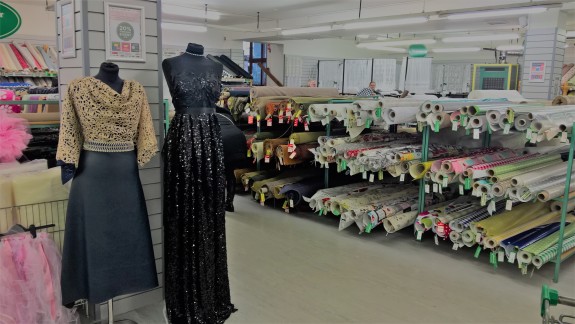 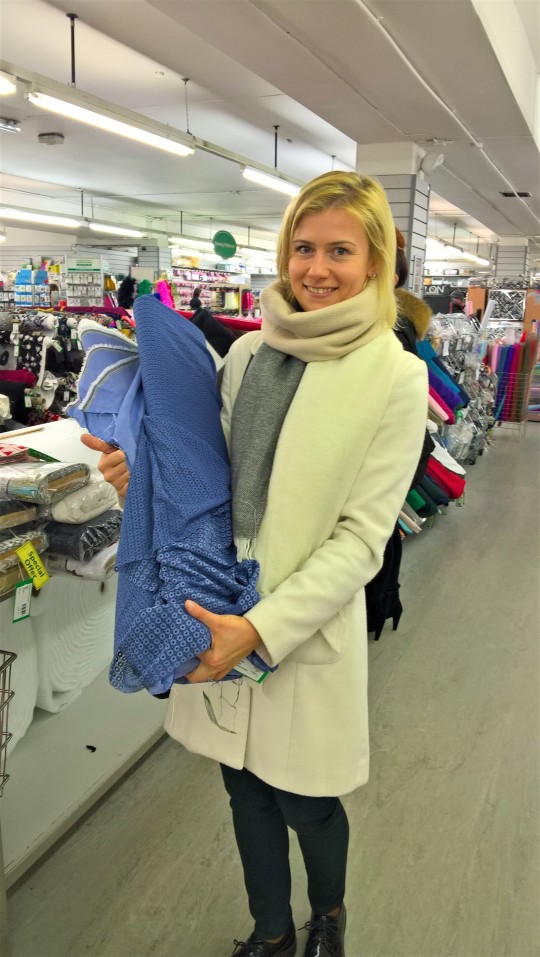 Just a week back from England, I had another work trip to Zürich. Since I was there alone, I didn´t have to worry about anyone else getting bored at the fabric store and spent a little time in a downtown fabric shop called Stofftrucke.

The price level is as expected in Switzerland – nothing comes cheap! However, as I always get something on my trips, I made no exception here and got two matching fabrics with a potential for a casual top or tunic.I really liked how the fabrics were laid out in matching colorways and they had great knit fabrics, too! 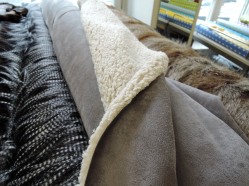 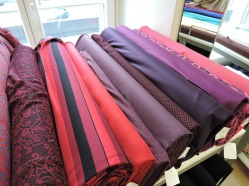 My picks are here – red is a color you don´t see me wearing very often, but this one is kind of broken, a little bit orangey and I liked how the two different fabrics matched in color: 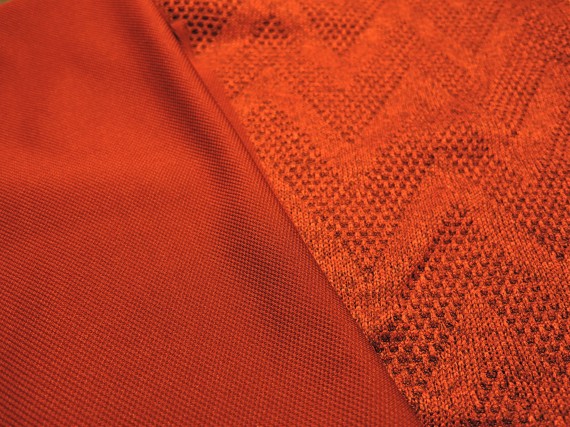 So this is it for November. The other two projects I mentioned are going to be for two special occasions – one for the annual university ball, which will be held tomorrow and another one for a wedding just next week. Since both projects still need a few stitches I will leave you with one final photo from Zürich!