Hi everyone, I guess its about time for the post of February!

I am in that state of mind where I am avoiding something important I have to do by finding replacement activities and “duties”, I guess its called procrastinating? Anyway, what I should REALLY be doing is to sit down and write my final thesis which is the only thing still on my way to my Master´s degree, but I have been busying myself with sewing instead.

Actually I have made three items already, but I am trying to force myself to slow down on sewing and finish that dreaded thesis once and for all, so I will keep some stuff to be posted in March. 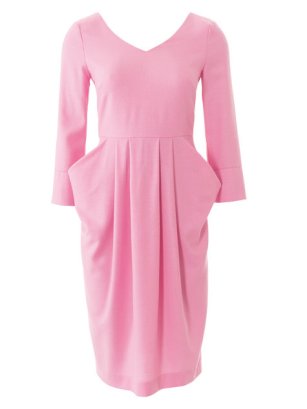 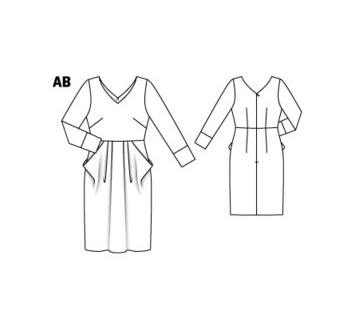 Considering the choice of fabric (poly ponte ) I guess I could have also gone down by one size. But the fabric made it really easy to work with the pockets that at first took me a moment to understand how exactly they are meant to be created. However, I really like the pattern with its fun pockets and 7/8 sleeves!

This dress is the first thing I made in 2017 and it was sewn almost entirely with my new overlocker Brother M1034D! I bought it on Amazon at a price that was about 50% cheaper than here in Estonia as a Christmas present to myself. I actually own another serger too, but that one is a cheap no-name brand and I have struggled with it, so I actually have not used it for any projects. Maybe one day I will have it fixed and then sell it cheap as I don´t need two machines anyway.

I have been wearing this dress twice already (to a birthday party and even to a ballet show!) and always have been too busy to take photos for the blog. And to be honest, I wore it both times without having finished the hem! I just serged it and left it as is because folding and hand-sewing it didn´t seem to be a good idea as neither was using a double needle.

However, I found hemming tape on my recent trip to Riga and then hemmed the dress in less than five minutes using a hot iron. I have been wanting to try this for a long time, but haven´t noticed it anywhere in the local sewing shops. So it can be said that the dress is my first venture into shortcuts and quick makes, because until now I have been bias taping all my seam allowances and done miles of handsewing for my projects. I am sure I will continue with these techniques too, but it was definitely very interesting to try out these new to me things!

Here is a closer look, I really like how clean it looks: 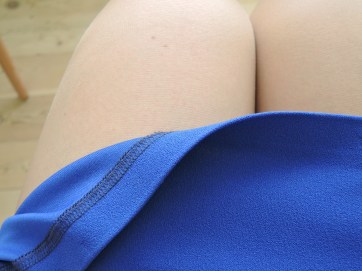 As I mentioned the recent trip to Riga, Latvia, I can also share the reason for the trip – I went hunting for a wedding dress hoping to find better prices there in comparison to Estonia. We were there on Thursday and Friday and first of all I really liked the city but secondly, I also found the dress! Since the boutique only has samples to show an try on, they are going to sew the dress for me according to my measurements, which means we have to return next weekend for the first fitting. Honestly, I could nearly have picked any dress from their collection, they were all very beautiful, but you can go and see for yourself (and try to guess which one I chose!) on their website.

I think everyone who hears about our upcoming wedding in September, pops the question whether I will be sewing my own dress. I would really like to, but there is this superstition that it will not bring good luck, so I am not taking any chances here! 🙂

I could not resist hopping into a small fabric shop in Riga, I actually saw several of them downtown, but since I had to concentrate on the dress, I only squeezed in one: 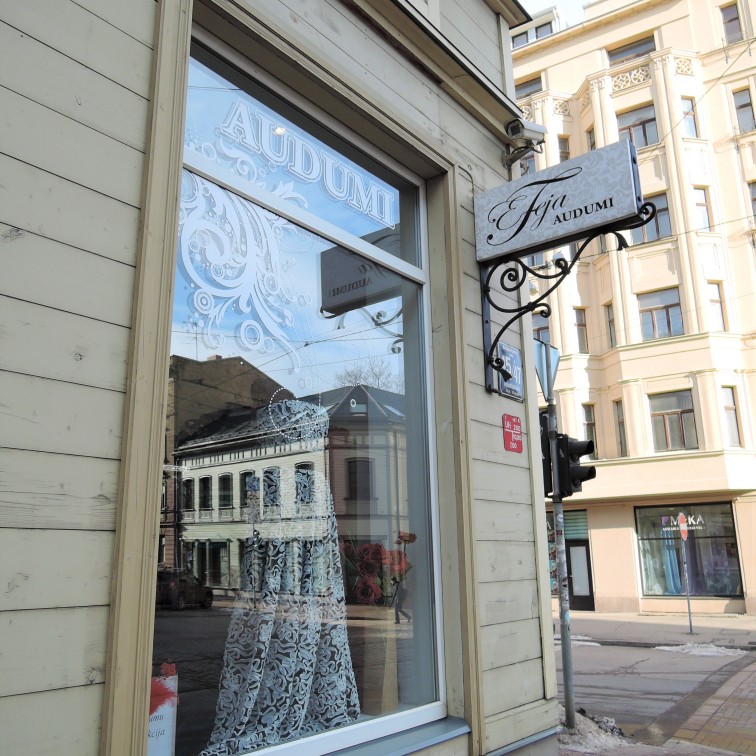