I was so happy when I got my first and so far the last Patrones magazine this summer, but when I took a closer look at the patterns, I got a bit put off with the fact that the pattern sheets only come in 3 sizes and if one falls in between of those sizes, the tracing can be painstaking. They offer sizes 40-44-48 and I found myself being 42. Just for your information, I wear RTW garments in sizes 36 and 38, so already the big number seemed scary enough.

In addition to the models I showed in my earlier post, I also instantly liked these shorts: 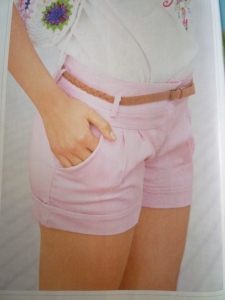 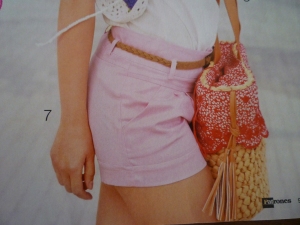 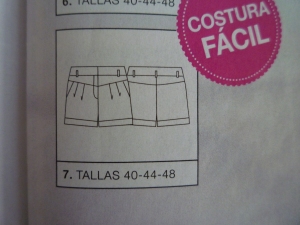 I got a piece of nice dark blue stretch denim from Estonia and finally decided to give these shorts a try last week. I traced size 42 and hoped for the best.

At first I tried to follow the instructions, but realized soon that instead of  brushing up my dormant Spanish (I managed to get myself to a pretty usable level for my Erasmus exchange student period in Canary Islands several years ago), I can do without them. So I continued on my own and thankfully didn´t have any problems whatsoever.

I was very pleasantly surprised with these shorts, because I think the fit is perfect! There is a difference of 30 cm between my waist and hip circumference which sometimes makes it hard to find pants that really fit. It is the typical problem of fitting at the hips and being too large at the waist.

I couldn´t believe my eyes when these shorts fitted me at the hips and at the waist without ANY adjustments at all. The best part is that when I sit, there is no ugly gaping on the back, so I don´t have to worry about publicly flashing my underwear.

The trickiest step was the topstitching. I definitely wanted to use a thick orange thread similar to the RTW jeans topstitching and a double needle for more professional look. But my sewing machine protested because of the thickness of the fabric and the whole process was very time and thread consuming. Plus, I broke two needles. Truth be told, I was pretty exhausted when I got this done. The rest however, was not complicated at all, so I will make these shorts again for sure, but not in denim. Or at least in a thinner kind of denim.

Instead of several smaller belt loops, I made three bigger ones which serve more of a decorative than practical purpose.

Here are my shorts: 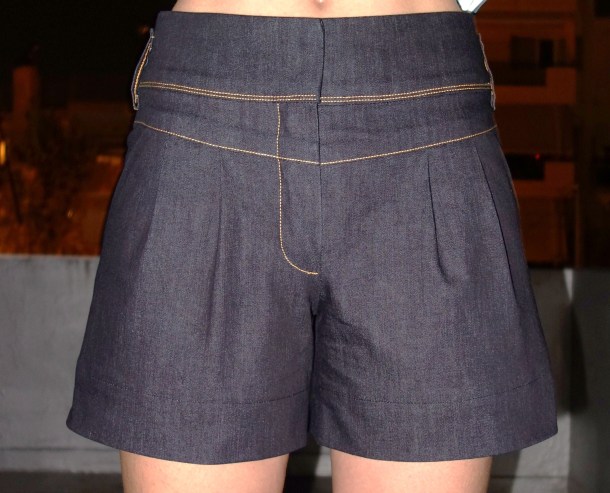 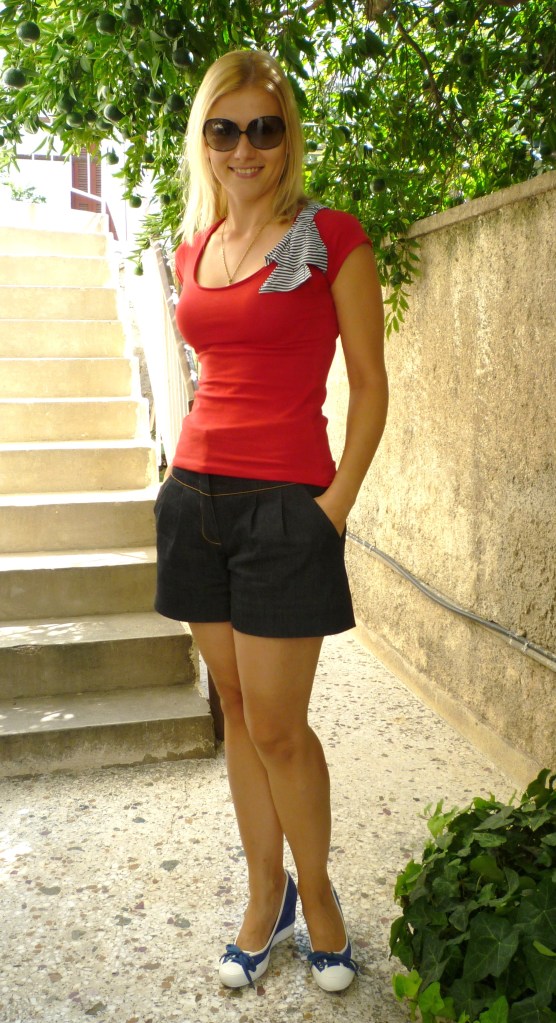 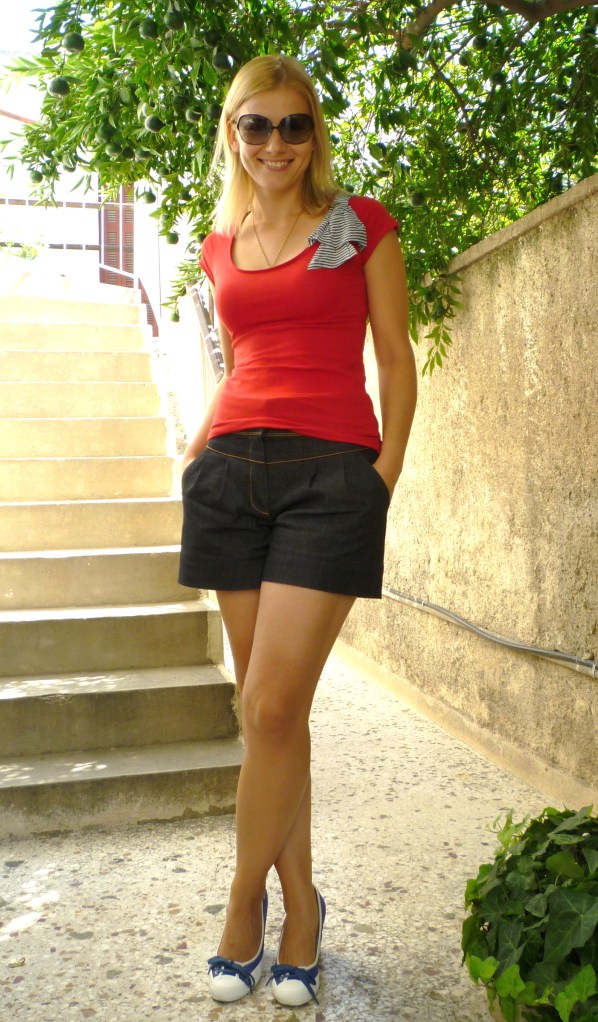 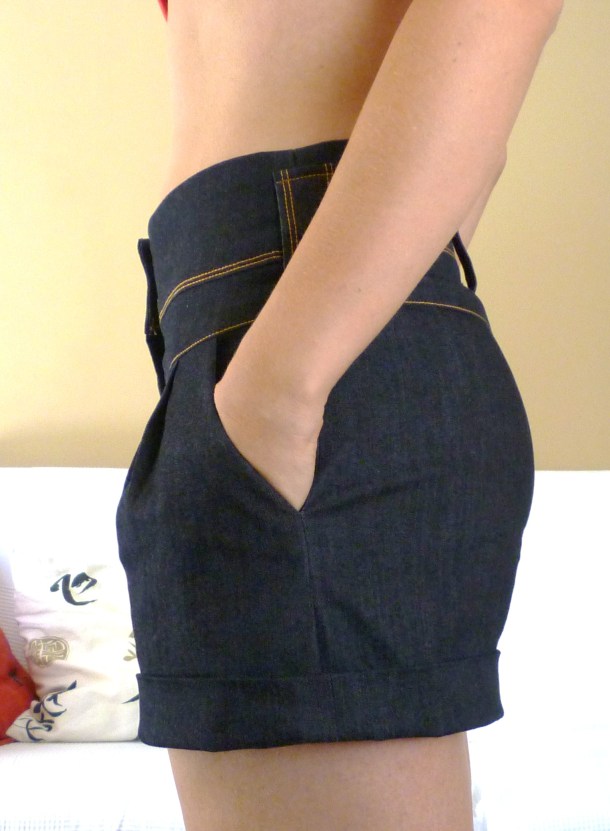 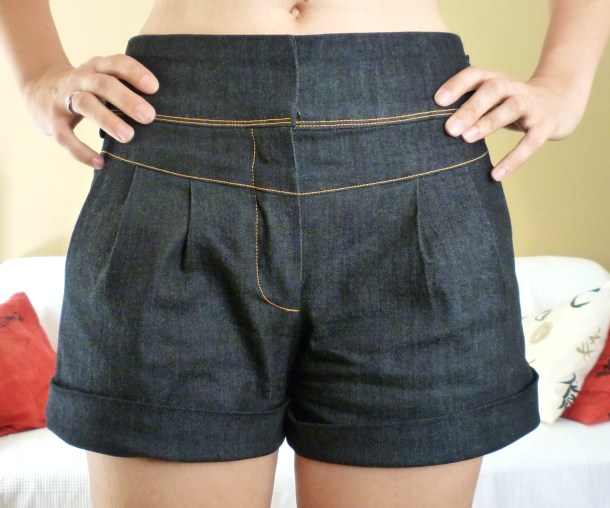 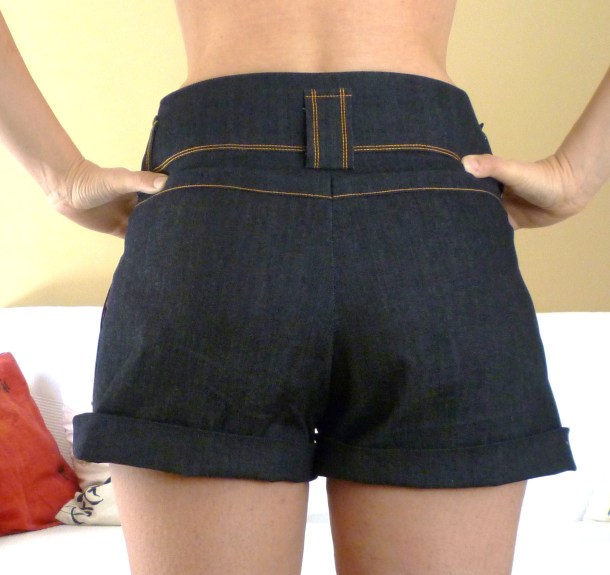 I am not really sure which way to prefer them – either straight or with rolled-up hems? They seem to be wider than in the picture of the magazine, but since my legs are not exactly thin, I think that slightly wider shorts look better on me.

Another question – do you think I should also use orange thread for sewing the hems?

In order to reduce the bulk for the pocket, I used pink gingham. As it was the first time I made such pockets (I am more into dresses, as you know), I didn´t realize that this cute detail will not show on the inside of the shorts. I should have reconstructed the pockets in a way that the whole pocket would have been gingham and only the upper, visible part of it would still be denim. But instead of undoing the whole process so far, I decided to take it as a lesson, and let it be. 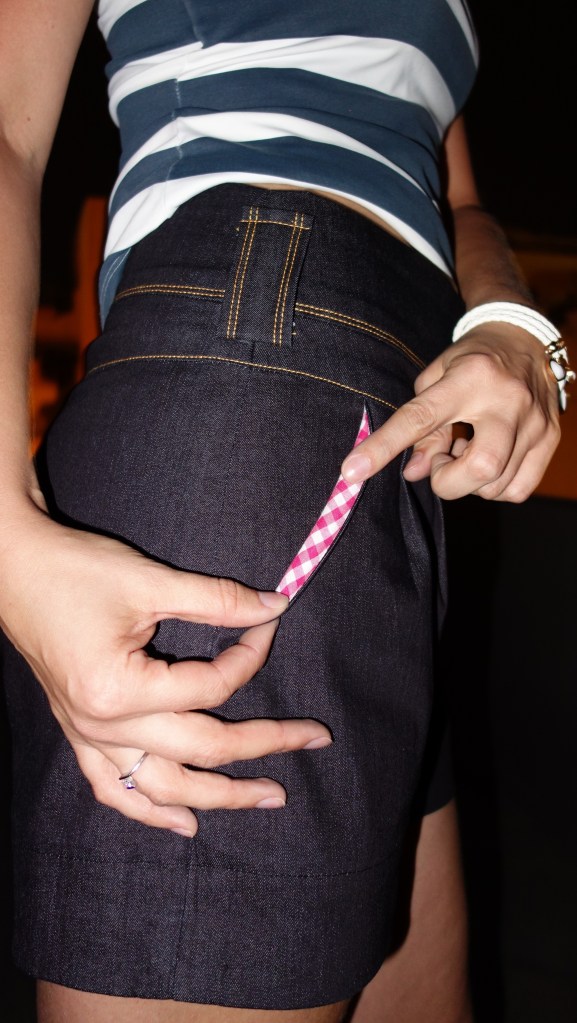 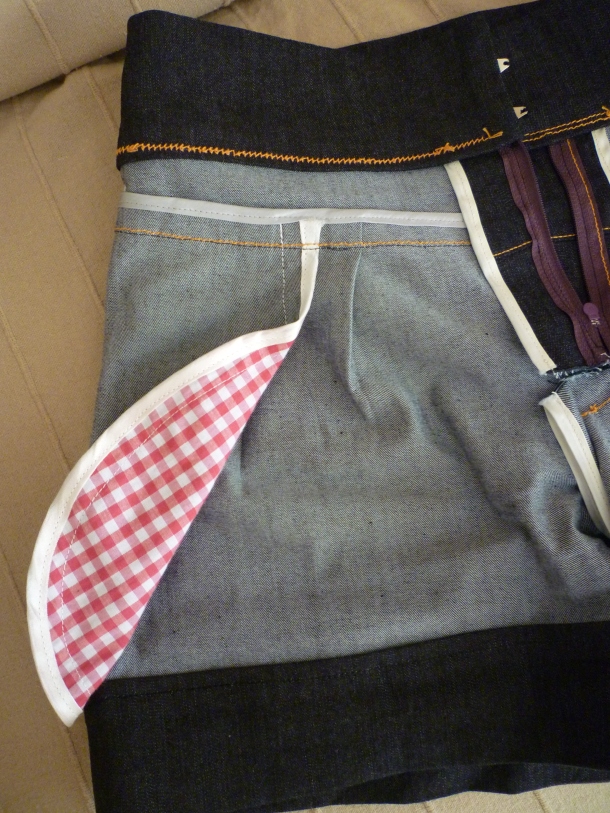 As the first encounter with Patrones patterns ended so well, I am really interested in making more of their garments, just to see if I simply got lucky or have I really found perfectly fitting patterns for me.

The blue suede shoes I am wearing are Logan Crossing, a lucky bargain from a year ago. They seem to be sold out anywhere online as far as I checked.

And last but not least, I have made progress on Stefania´s dress. She came over today for the first fitting and so far it looks promising. It seems I don´t have to make too many alterations and thankfully she was also happy with the length, because in my impatience, I had basically finished the balloon skirt of the dress and changing that would have been a lot of fuss.

Here is a small peek: 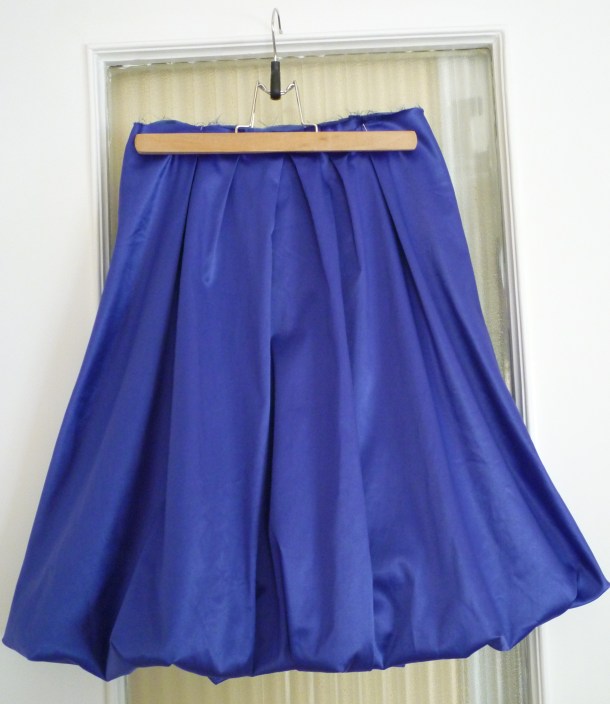