Summer in Estonia is tricky and after spending 7 years in much warmer climates (2 years in Cyprus and 5 in Greece), I am surprised every time I wake up here in the morning and it seems that  the weather has turned from summer to autumn overnight. The peculiar thing is that you never know what the day brings – it might start up as rainy and windy and then change to warm and sunny. In Greece and in Cyprus, it is very simple – from the end of May to the end of August you can be sure that there will be constant sunshine and too much heat. Although I like that I can plan a day at the beach anytime, because a good weather is guaranteed, I also like the tricky Estonian summer, where there are no guarantees, but amazing long days, where the sun goes down really late to rise very early again and the sky doesn´t really blacken for the night.

So, today was one of the days that in the morning it looked like autumn and then gradually started turning into more of a summer day. But the temperatures are not high, so in order to meet a friend of mine downtown, I decided to wear a dress I made in winter. It was a project that took me ages to complete, because at first I wanted a sweater-like collar on that dress, but it was difficult to find a suitable pattern, so after ignoring the fabric for nearly a year, I finally used Vogue 8593 to make it.

Here is the pattern: 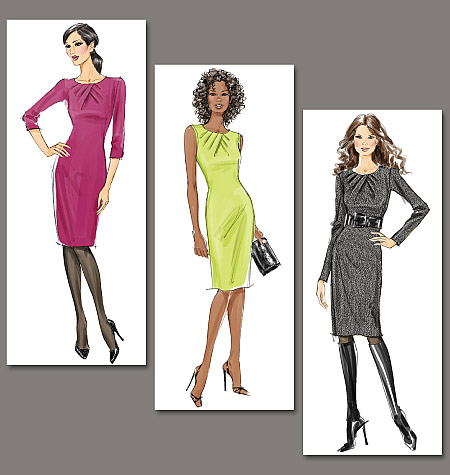 I made view B. The pattern was not difficult, but because the fabric I used had a colourful print on it, sometimes it was difficult to see the markings I had made. The fabric I used is a warm polyester knit, with slightly furry surface. I believe the pattern would work better on one-colour fabrics, because it has some really nice details, like the pleats in front and seams on the back side and sleeves. I am planning to use the pattern again.

Here is the dress I made: 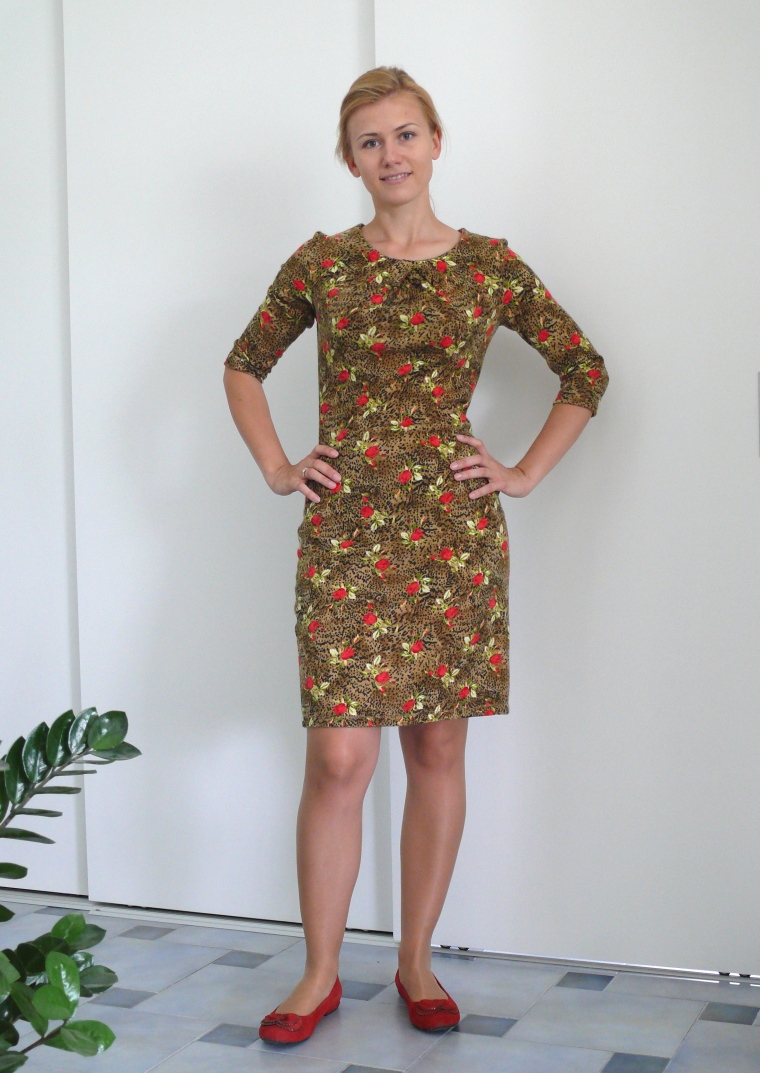 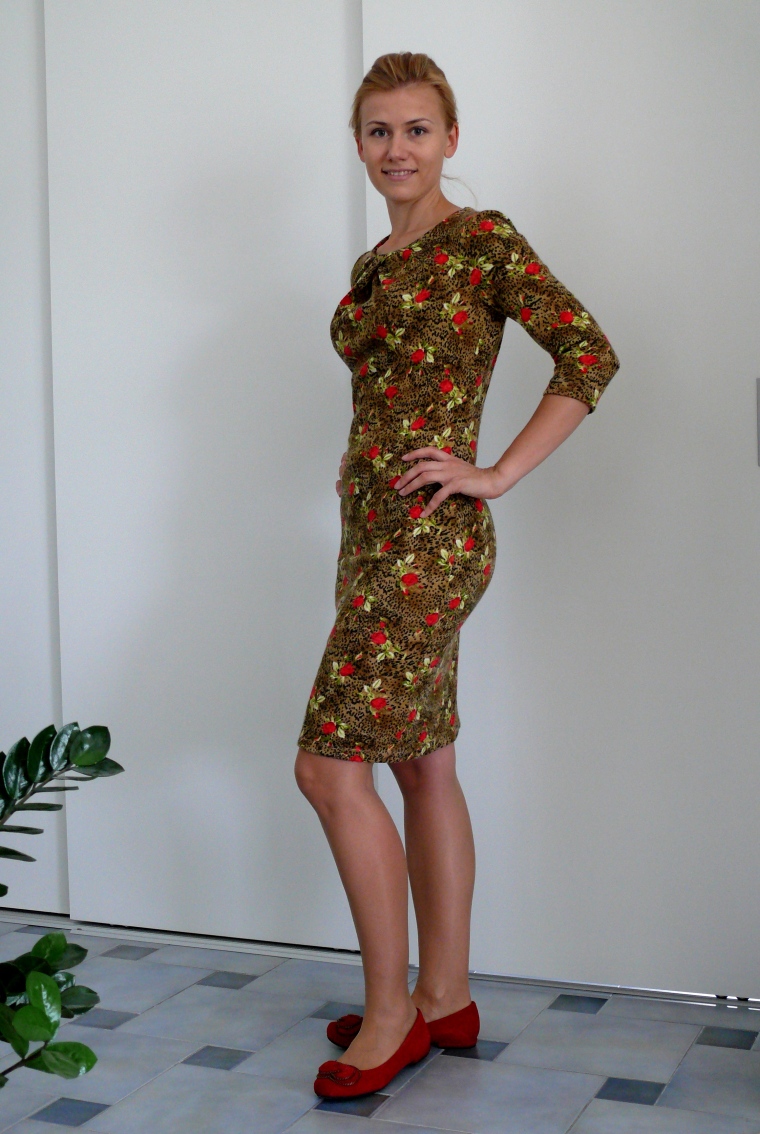 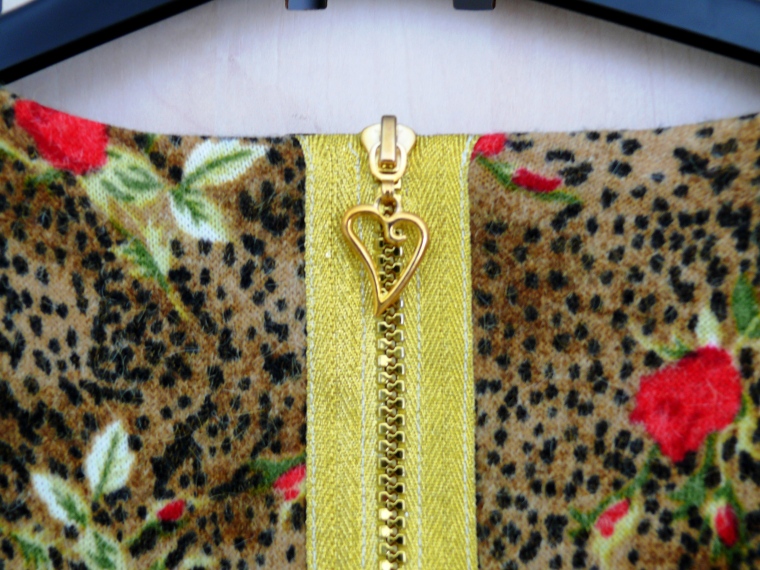 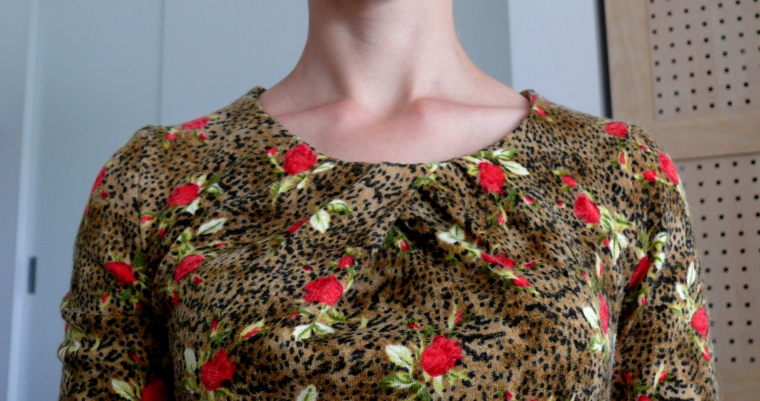 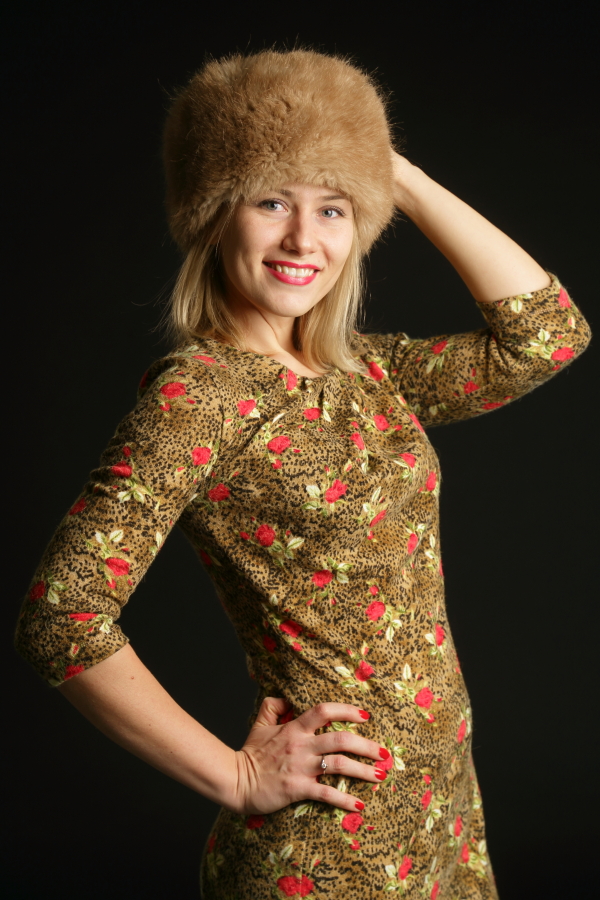 I think the only change I made was adding this funny golden zipper. The pattern originally calls for an invisible zipper, but since the fabric was already quite “loud”, I thought why not go all the way and make it a little kitsch. I like the result, although after taking the photos I realized that the sleeves make a weird pop up at the seams, when I put my hands on my hips.

Since I was planning to walk downtown, which is about 40 mins with a quick pace, I decided to wear flats. They are red suede Clarks Cadiz Festival: 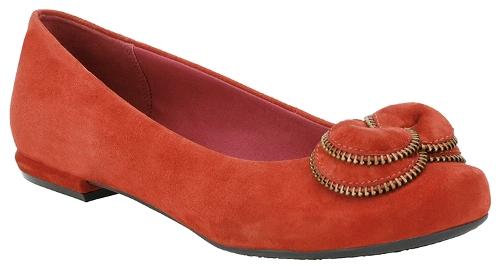